The Experience of a Truly Good Man Entering the Spirit World 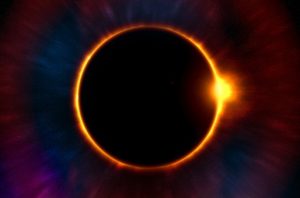 Even as a child is born on earth, with friends around it to rejoice at its coming, so do kind and loving spirit friends welcome into the spirit world a truly good man’s spirit. The incorruptible leaves the corruptible in the twinkling of an eye; but before his spirit has thus departed, and while the dissolution is about to take place, the spirit friends enter into communion with him, and magnetize the body, which gives him liberty to go out. As soon as he has departed, his friends also withdraw from the body, and hear him hence. For a long while it is like a pleasant dream, and he begins to reflect within himself as to the cause of his not waking up; he looks around him now, and beholds many of his friends whom he remembers to have been long since dead. As fast as he remembers them, they come to him and greet him kindly, lovingly. Then comes his loving wife and daughter; then perhaps a little son that he once almost idolized.

Next come his aged father and mother. The latter, being near akin and more in his confidence than any other, converses with him awhile, as if she would not too suddenly apprise him of his birth. At last, she assures him how she has longed for him to come home to heaven; how she has watched and prayed for many long years to have her children once more near her. Then she asks him if he can collect his thoughts now so as to realize that he is really in heaven. At first, he may doubt, but she tells him to look about him, and see that he has indeed left his friends and the earth behind. A great sorrow begins to cloud his vision, for he remembers the loved ones still behind; but his mother bids him to remember Jehovih’s laws, and to conform his desires therewith.

His heart is almost bursting with love, for he has loved ones in both the worlds. His friends perceive that this emotion is too great, and with a kind salutation, he is magnetized into another sweet slumber until he gains more strength. By and by, he awakes again, and so again do the spirit friends attend him and teach him to realize his new birth. But when the trials are too severe, he is again put into a sweet slumber for awhile, and then again awakes for more enlightenment, but, like a child on earth, he soon desires to run alone. But he can not. His instructors bring forth music, by which he concentrates thought, and now he discovers how to move from place to place.

Then does he really, for the first time in his life, begin to adore the glory and wisdom of Jehovih. He is almost overcome with emotion. He would fly back to earth, and tell his loved ones of the glories he has seen. He does so; he comes to them in the night-time; he watches them in their sleep when the gross body interferes not, and he tells his story, he smiles on them, and they rejoice with him; and when they awake, they thank Jehovih for the sweetness of their dreams, for they realize that a loved one did visit them, and the spirit lives after the body is dead. But this spirit knows no rest, for he could carry the joys unto all people. He would whisper the love of Jehovih into all ears. So he looks about, and, lo and behold! He ventures into an audience amongst you earthly investigators of spirits; and the first question you ask him is some such silly question as the price of salt pork in South America! He is shocked. His concentration of thought is broken, and he vanishes back to his spirit home. Here he contemplates on the real work before him, endeavoring to devise a method to convert the whole world to spirit truths. He thinks it is easy. Again he visits you in strange circles; but is again and again shocked and rebuffed by your infidelity to spirit law, he finds that his labors are too much for him, and that he must look to his own enlightenment in order to keep pace with his spirit companions.

Then he quits the earth perhaps forever, or perhaps returning only to those who are dear and sweet to him. And when they too join him in spirit life, he looks scarcely ever more to earth, but looks onward, upward to the changes that lie before him.